Dr. Paul Peter Tak has served as President and CEO of Candel since September 2020. He received his medical degree cum laude from the Free University in Amsterdam and was trained as an internist, rheumatologist and immunologist at Leiden University Medical Center, where he also received his PhD. He has been Clinical Associate Professor of Medicine at the University of California San Diego. Next, he served as Professor of Medicine and founding Chair of the Department of Clinical Immunology and Rheumatology at the Academic Medical Centre/University of Amsterdam (AMC). During this time, he founded Arthrogen b.v., a biotech company focused on gene therapy.

He has published extensively in peer-reviewed journals (> 570 publications, H-index 130, >75,000 citations) and received numerous awards. He has been elected Fellow of the Academy of Medical Sciences (U.K.).

During 2018-2020 Dr. Tak served as venture partner at Flagship Pioneering and also as President and CEO of Kintai Therapeutics, a start-up focused on enteric signaling networks, where he oversaw the creation of a discovery portfolio of small molecules in immuno-oncology, metabolic disease and neurological disease.

In addition, he has served as President and CEO of Tempero Pharmaceuticals as well as Board Member of Galvani Bioelectronics, ViiV Healthcare, Sitryx Therapeutics (co-founder), Omega Therapeutics, Levicept, and Citryll. 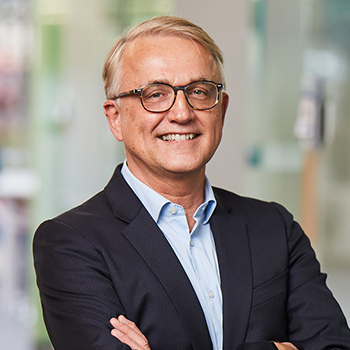